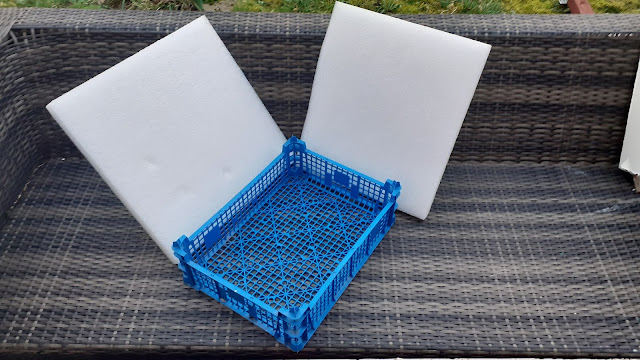 Finally it was dry and sunny this afternoon and I managed to get the new shelves cut for the greenhouse, more on that another day! I also managed to find the packing foam I rescued from the cycle shop in Wallington between lockdowns by sending my son-in-law to collect it for me as it was offered on Freecycle. 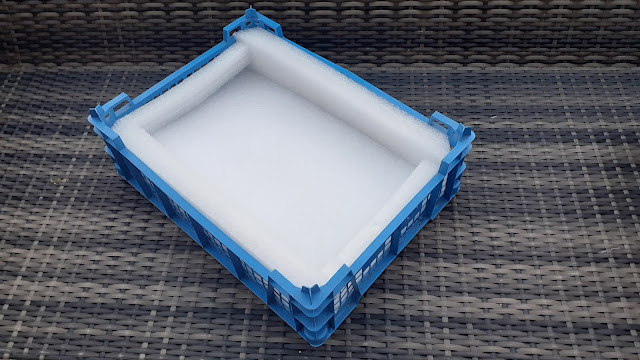 I cut the packing foam for the two long sides and chamfered the ends, then cut the base and pushed it in, then cut the narrow ends to insulate the mushroom trays for my modules to hold my chitting potatoes. 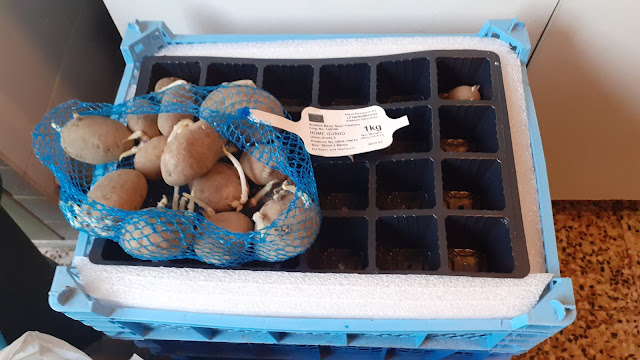 The potatoes have been sitting in their cardboard boxes too long because they were delivered early with a note that they were chitting early because of the mild winter and unseasonal conditions.

My plan as always is to store them in the unheated Greenhouse as its way too warm in the house and to cover at night with propagator lids covered with bubble wrap and to use the Firefly candle heater to stop any frost in the greenhouse. 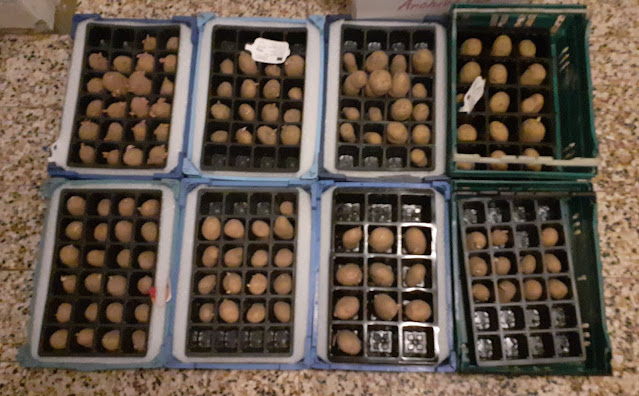 I ran out of mushroom trays, but have a couple of crates that are the same size and for tonight long white spindly chits that were not caught in the netting bags have been taken off and more compact good looking chits on some varieties have been allowed to remain. If it's dry during tomorrow morning I will transfer them into the greenhouse.