Sunday afternoon on the plot harvesting Cauliflower, First Early New Potatoes, Cucumbers and pulling weeds. Watering as I have not been down on the plot for over 10 days because my daughters have been away on the weekends and I have been unable to leave my wife alone for too long and the temperatures have been so extreme that one can't really work out on the plot that has no real shade now the trees at the end behind the shed have been removed during the development of the flats behind the allotment site. 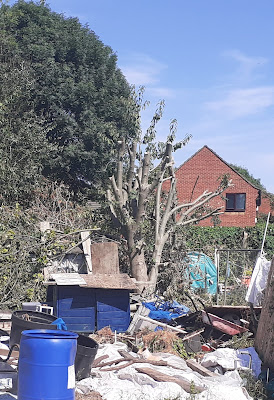 John has been doing his magic on the Ash Tree on plot 3 since I managed to get him and Wally approval to trim back the dying Ash tree next too Wally's plot. 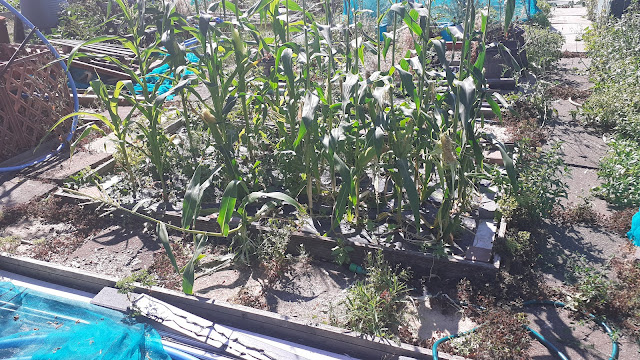 As one can see the absence of rain and the sun has done nothing to stop the weeds along the paths from taking over as I have not been down on the plot since the 27th July. Bloody squirrels or rats have eaten the sweetcorn which will not make Kelly very happy. 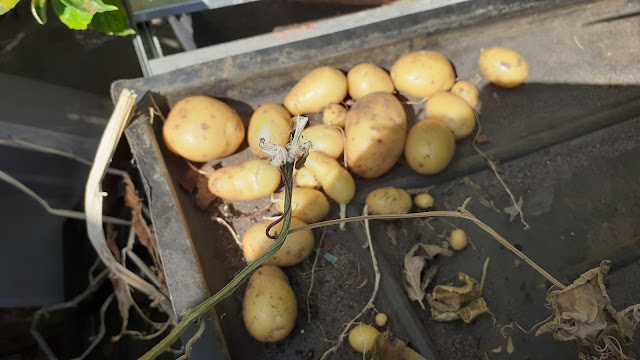 It was so hot that I recovered the Paracel from behind the plot 1A shed set it up between the plot 1 greenhouse and the potting bench and started harvesting the Duke of York First Early potatoes that have been grown in square flower buckets this year, this was the first bucket load. 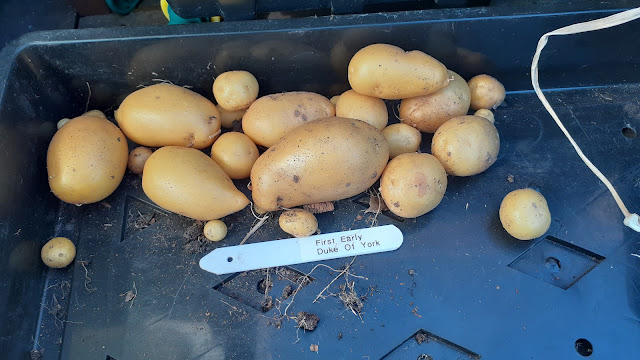 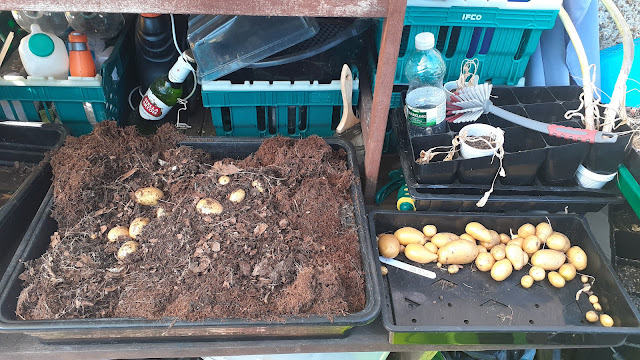 Duke of York 3rd Bucket load dumped into the large gravel tray, then the potatoes extracted and the spent growing medium returned to the flower bucket so that it can ultimately be added to one or two raised beds as soil conditioner. 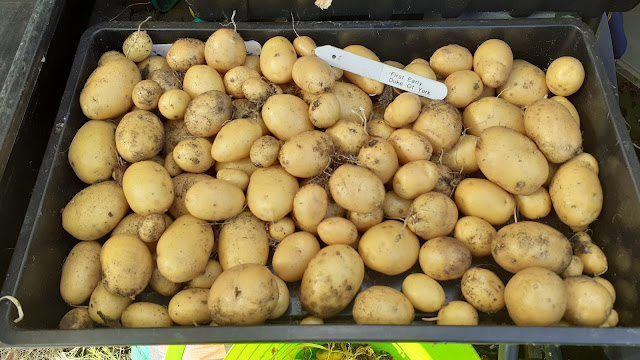 All four buckets worth of the Duke of York first early potatoes. Between retrieving the buckets of potatoes from their growing location and bringing to the potting bench under the umbrella, I was moving the hosepipe around the plot and watering what had not already bolted. 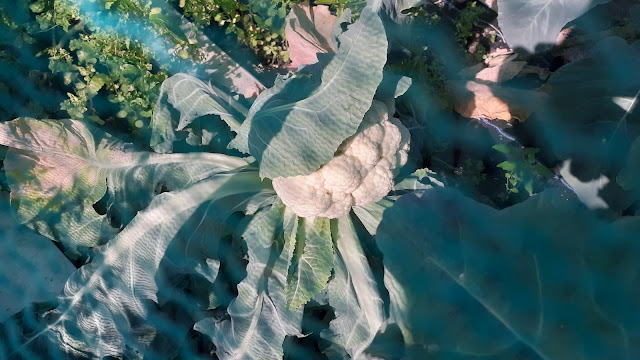 During the watering I noticed a Cauliflower in need of harvesting 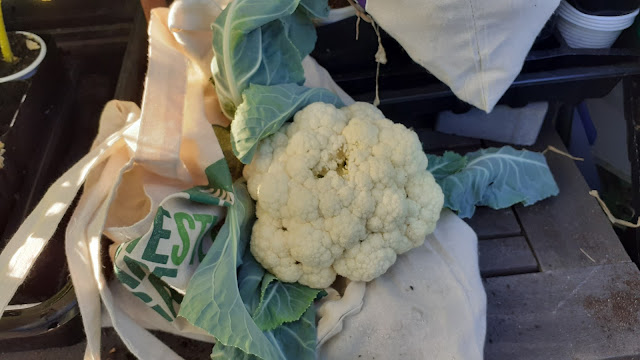 Only one survived and grew this year but at least I caught it before it bolted. 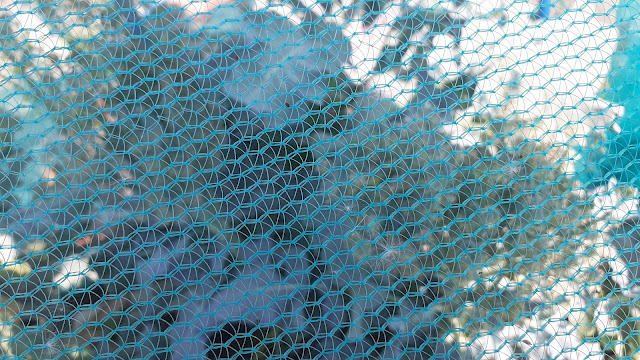 Unlike the Broccoli that had all gone to seed! It's not been a good year for brassicas. 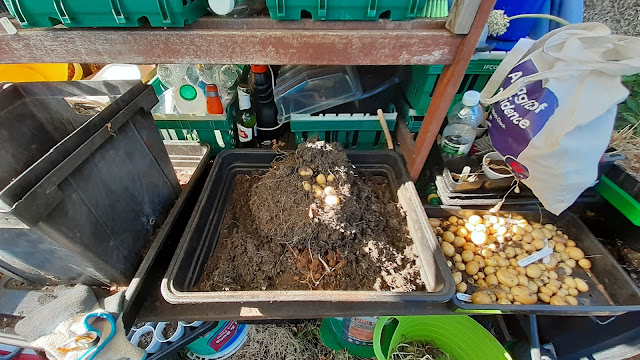 Next it was time to harvest the Caledonian Pearl First Early Potatoes. My duaghters both love my first early potato harvest, I just need to find a variety that is more prolific so I end up using less buckets to grow them. 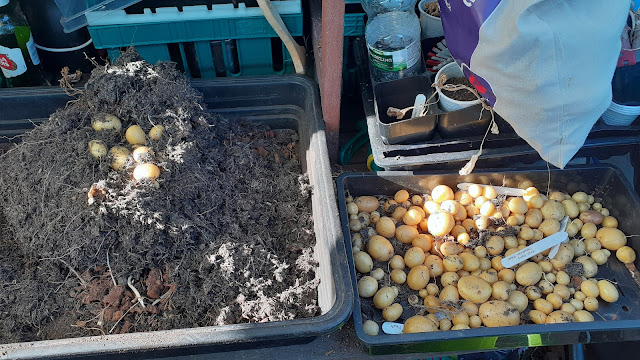