Well you may recall that more than half of the rope from my comfrey pipe weight appeared to have been cut off and removed. I was speculating if it was vandalism or a plot holder?

Last visit there was practically no rope left and this time one could see where two attempts had been made to cut the rope, and the answer appears to be not vandalism but Rats !

So a visit to the old fashioned hardware store, thank god there is still one local, I pick up some bits, got out the trusty soldering iron and made holes in the pop bottle cap for and the plant saucer lid for the ring bolts attached a length of metal chain and I have now replaced the rope well the 100mm that was left still attached to the weight with this; 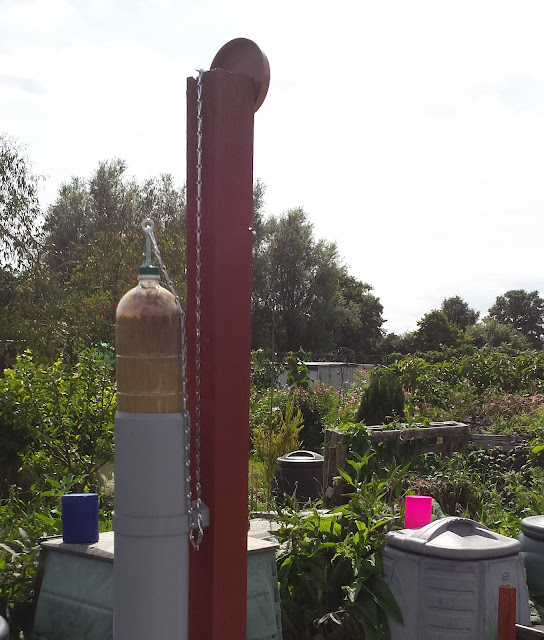 No more string for the rats to chew off the weight
Hopefully metal is not a tasty as nylon rope! 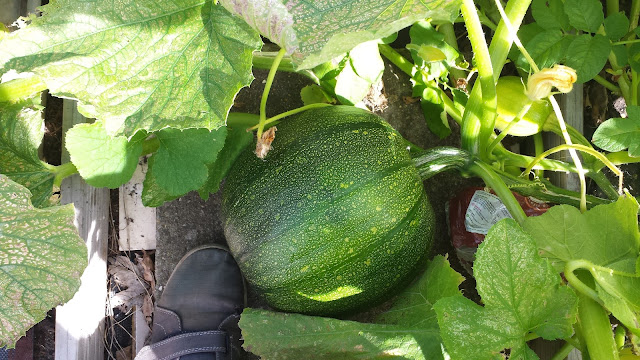 The self seeded pumpkin is growing at an alarming rate 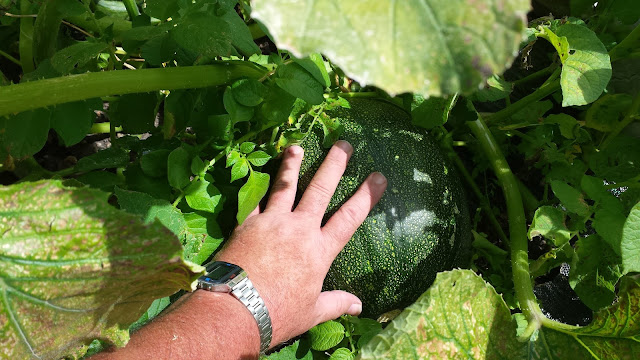 It appears he is not on his own ! as I spotted this little fellow inside the foliage 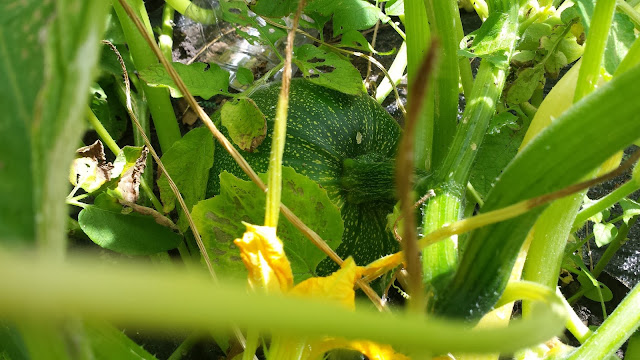 In fact I found another three at varying degrees of development under those giant leafs
Posted by cadalot at 22:00