Snow Fear Of Snow On The Plot

My newsfeed has been warning me for some time about an artic wind and the possibility of snow over the UK, first it was anticipated and reported to take place on the weekend of the 13th & 14th of November, which didn’t happen and in fact, I was on the plot on Sunday the 14th November in a tee shirt with a fleece tied around my waist to keep my back warm as we worked, it was quite sunny and warmish for the time of year.

Now the warnings to Brits of freezing temperatures and heavy snow to fall across swathes of the country from next week keep popping up but they are other news media just regurgitating the Express post.

The Met Office has updated its forecast for next week and warned “snow likely across higher ground and possibly falling to low levels at times"., telling the Express newspaper that temperatures could fall by 10 degrees after 7C-10C highs at the weekend.

This information is based on WXCharts maps are showing snow first hitting the north of the UK and then moving south over the following couple of days.

After a largely mild November, the cold weather is set to come from Arctic winds which will bring freezing temperatures and has slashed odds on it becoming the coldest November on record and the betting odds have been slashed.

Temperatures could be around zero or 1C in parts of the country Monday 1st December, WXCharts maps suggest.

I had not heard of WXCharts but have heard of and my go to app is Ventusky so I've taken a look at the snow possibility on that, and this is what I have found. 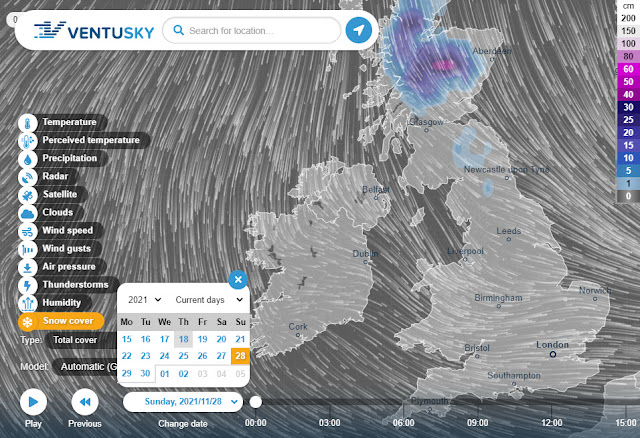 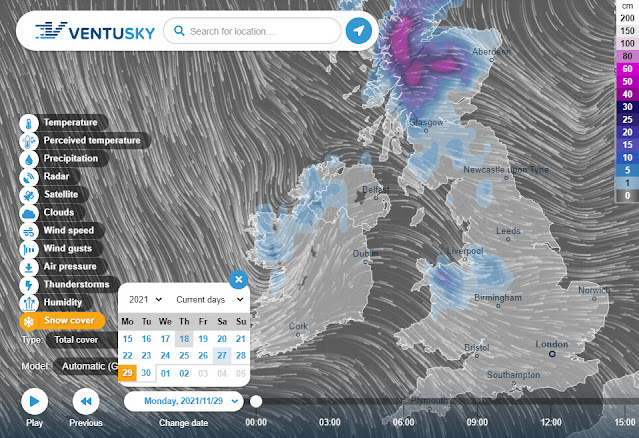 Getting thick in the highlands of Scotland, moving into Ireland and Mid West UK on Monday. 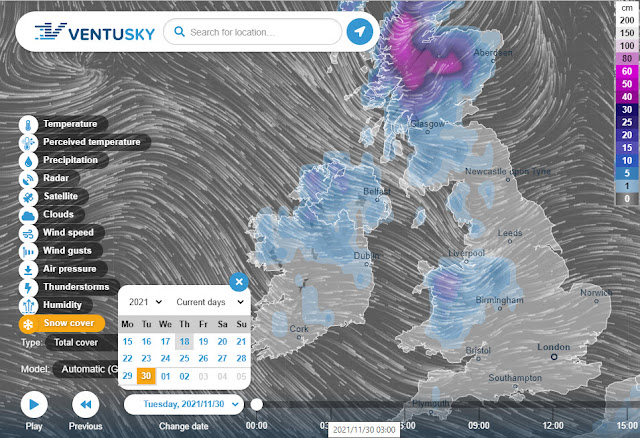 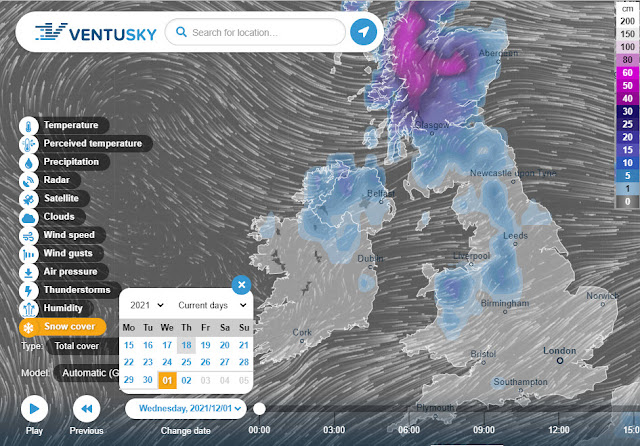 1st Dec looking like the worst of the snow may be over and receding in England.

Looking at the Weather based on the Allotment Postcode looks like coldest days will be Saturday 27th & Sunday 28th November. Ventusky is showing some really cold weather in Scotland and the rest of the UK 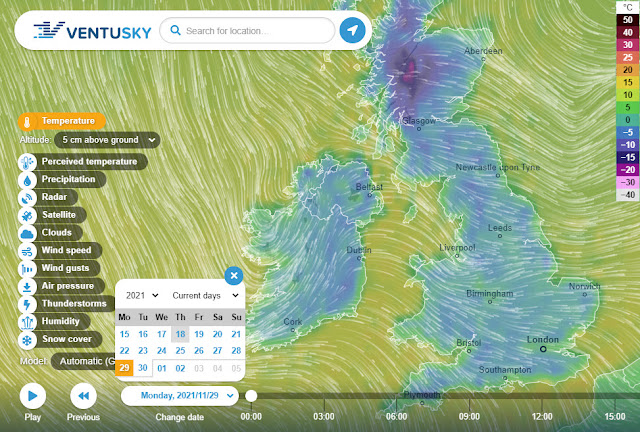 The Perceived Temperatures with the wind chill factor don't look good at all ! 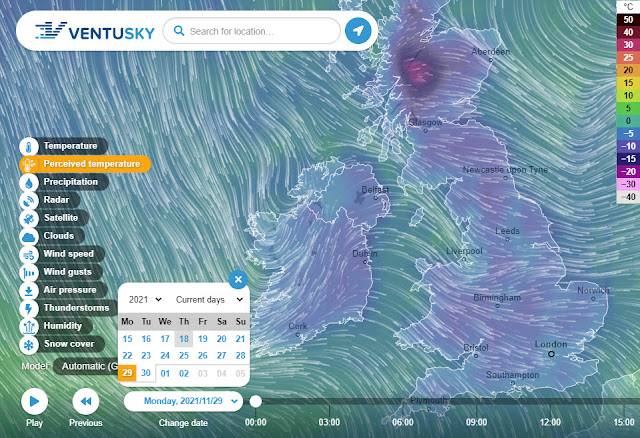 At the end of the day we will just have to wait and see, and use Dads Weather Stone. 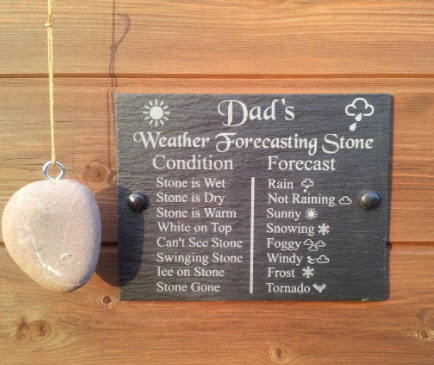