London flooding: Roads and shops left underwater as overnight deluge hits capital
Heavy rain in the early hours of this morning has caused delays on the Metropolitan, District, Piccadilly and Circle lines, Transport for London has said, and flooded parts of Knightsbridge, Hampstead and Croydon

The dramatic weather event will have also caused commuting misery for hundreds of thousands this morning. Transport for London has said at least four lines are partially suspended or severely delayed due to the huge build up of water. 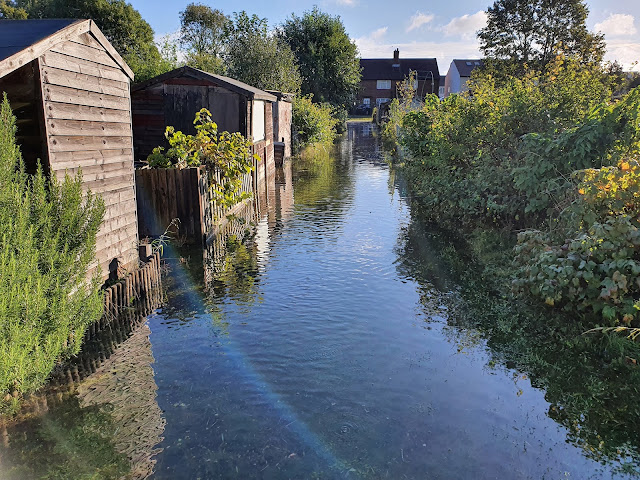 This is the view up the path from what used to be my allotment plot on Spencer Road!  I've never seen Spencer Road allotment flooded, I did wonder if the Carshalton park Grotto Canal was once again flowing. 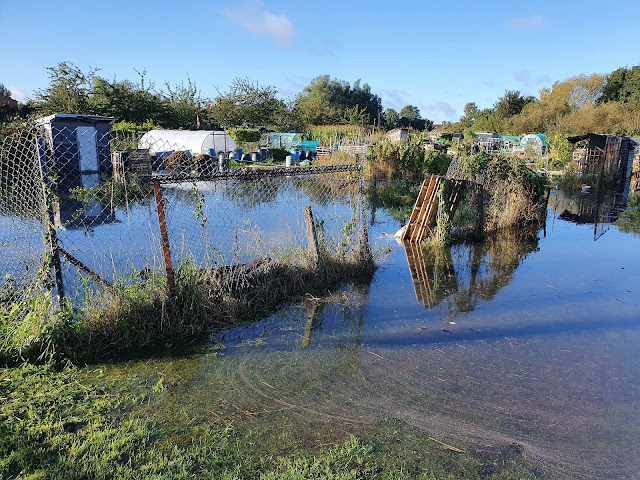 Lets hope that the plot holders have harvested their crops. No reports of problems on Mill Green which does not drain as well as it used too now the surrounding trenches have been lined with concrete open and closed channels.
Posted by cadalot at 07:00