For 2021 I decided to try some New! Varieties from Mr Fothergill's, D.T.Brown and Dobies 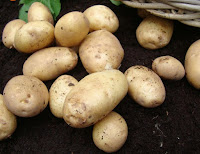 Home Guard is a traditional favourite, introduced during the Second World War. It's one of the earliest cropping potato varieties, producing good yields of even, round potatoes. It's best eaten early in the summer so is ideal for boiling and salads. 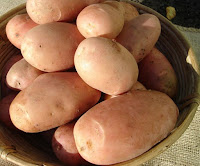 Stemster is a tasty, red-skinned variety that produces lots of large potatoes. It grows very well in soils that dry out quickly, as it has good drought resistance. Stemster is also suitable for long term storage and will keep until the following Spring, in the right conditions. It's delicious boiled, mashed, baked and roasted.

Potatoes are delivered in 1kg bags, Only 10 seed potatoes as they are significantly larger that the other varieties which are more egg sized which is what one expects of seed potatoes. 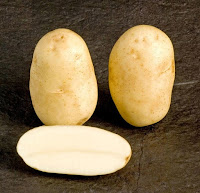 Yes, you can now grow the same tasty variety that make some of the nation's favourite chips at home! Just wait until you eat them.

McCain demands the best of their potatoes and these new varieties are each selected for their great taste and texture, and resistance to bruising, splitting and disease.