There has been no or little allotment action since the 24th October as I have been wrapping up at my old company and setting up my own limited company. In addition I have years of reference material to go through as my home office is really small.

I have been having allotment withdrawal attacks and the weather was great nice sunny and dare I say it warm and I needed to go and do something down on the allotment.

I decided to hit bed 3 and cut back all the mustard and then turn it into the soil. Photos below are half cut, fully cut and then turned into the soil. I managed to find a number of potatoes that had been hiding despite digging the bed over twice. The soil is so good here that I ended up putting a sprinkle of farmhouse manure over the top and have capped with cardboard like bed 4, there is no need for the frost to do anything, and I would rather the worms be called up when they hear the rain on the cardboard and pull all that good green and farmyard manure down into the soil. 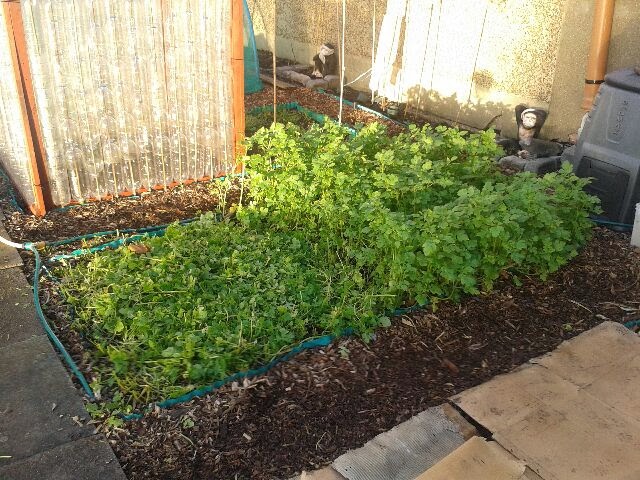 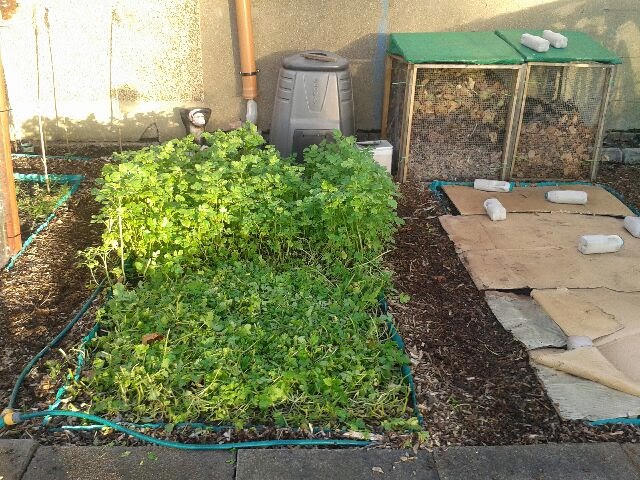 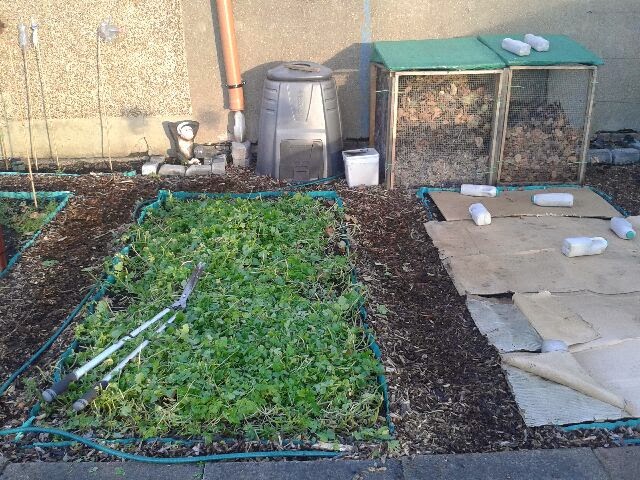 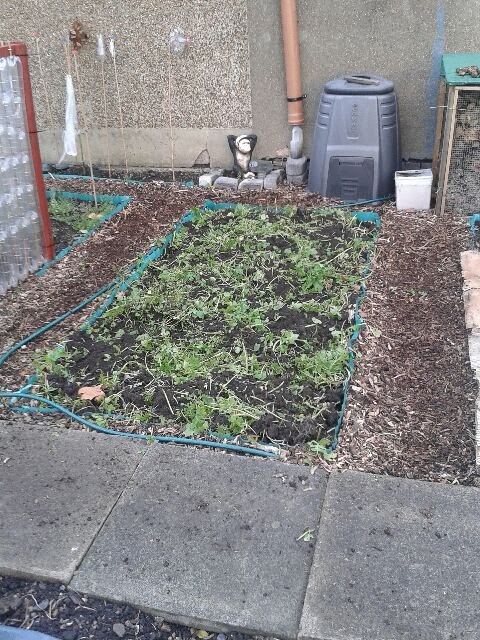 The lawn edging is getting a little brittle and may last another year but ultimately I think I'm going to have to replace it with timber of some description.

I took another sack of leaves and have added to the leaf bins as can be seen above - they are both nearly full, but I want to get more and I know they break down to almost nothing. The Overspill leaf bin is now sitting on bed 4 waiting for the delivery from the council if it ever comes, I will have to chase next week as we were supposed to be having woodchip as well.

I emptied the green house and grow house, and I have put the farmyard manure that was under the bench in one and sand in metal trays in the other, hoping that when we do get sun the sand will dry out so that I can fill up some of 20 odd plastic milk bottles to make more soft bricks to hold down the cardboard on the beds.

Skimmed the earth and took to the end of the path where there was a large dip and laid four slabs at the entrance to the plot and filled the bottom of the path with woodchips. 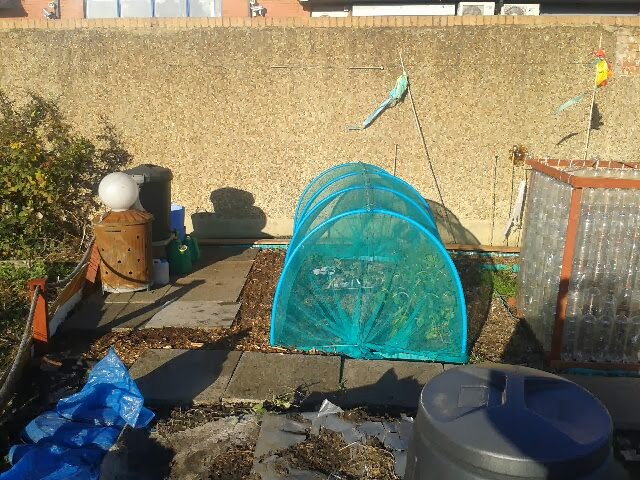 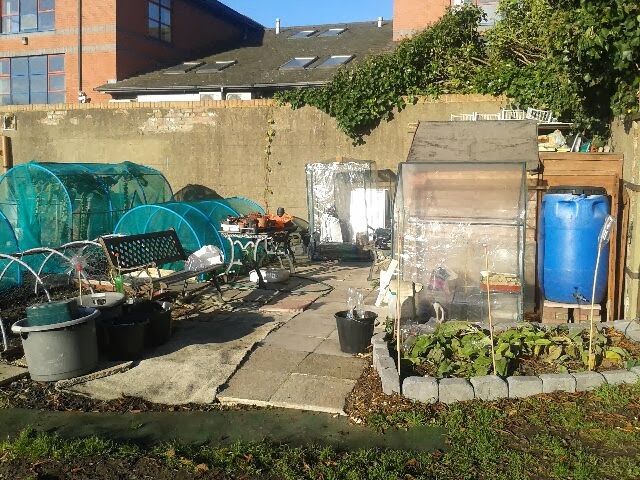 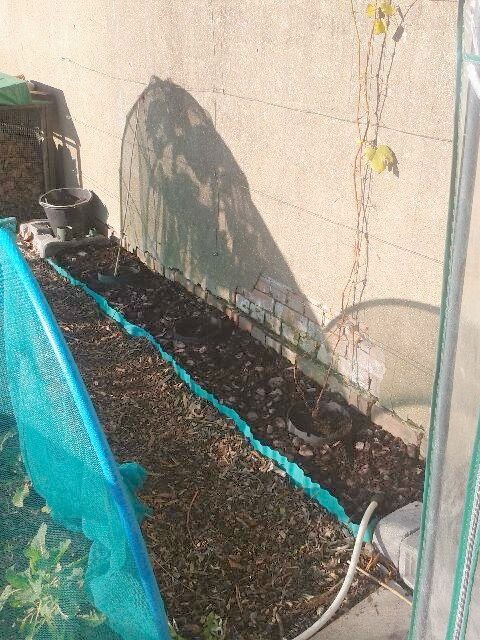 I cleared the weed from the grape area cut some plastic hoops to go around the vines then laid weed membrane and covered with the slate chippings that I got off freecycle a little while ago. I then filled in the hoops with compost. Looked up about when to cut back the grapes and it looks like February.
I harvested some sprouts and took home but was too late for dinner today so we are having them tomorrow.
Posted by cadalot at 19:18