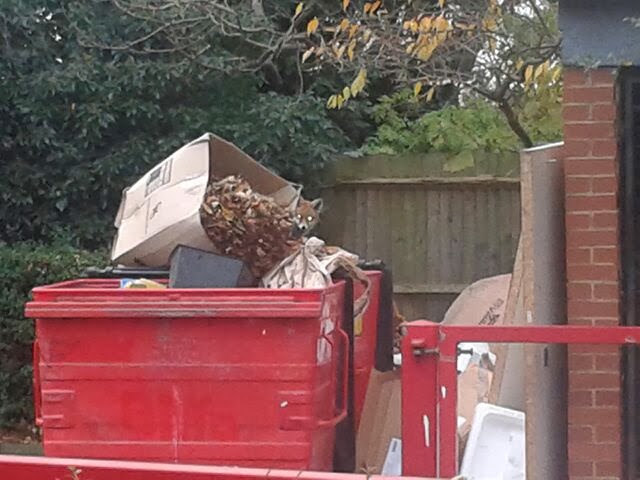 I took decking offcuts, more leafs from the apple trees and pop bottles to the allotment this morning. On arriving I spotted someone had collected all the leafs in the car park and put in a massive cardboard box on top of the industrial wheelie bins. Watching me was Basil Brush who was looking for something eatable, if you look at the photo you can see him hiding behind the box. 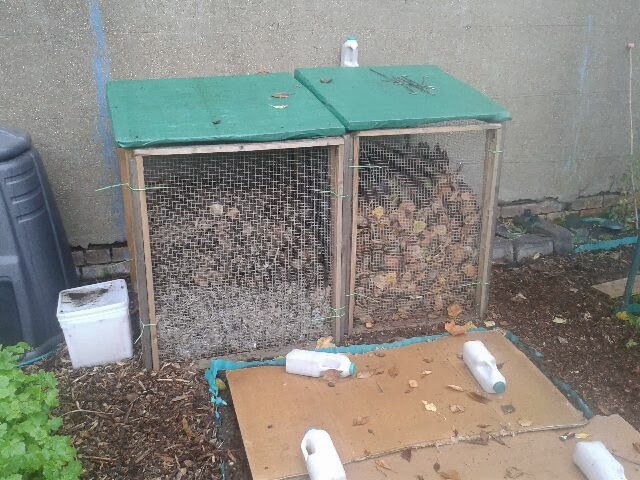 There was a 5 minute shower so I took to the shed once it stopped I picked up all the leafs from the sprouts and put in the green dalek - harvested some sprouts for lunch and Sid next door - Then Barry turned up, then John on his bike (riding again so soon after a hip replacement) and finally Andy.


I came home early as I have loads to do at home sorting out all the stuff I'm bringing home from work and trying to get my home/office set up, but I still wanted to get a few hours in on the allotment.
Posted by cadalot at 19:14