Months Rain in a Day 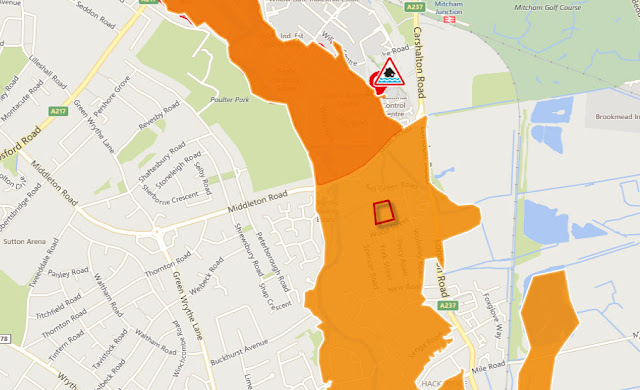 Monday there were warnings of flooding due the the rain, the red area is my allotment site, and the possible flood zone. The last time we had any volume of rain the site was OK but where the drainage in the road is blocked we lost the kerb edging on MIll Green Road so access was not so good.

The one positive is that the open culver around one side of the site was cleared and new open concrete culvert was installed plus a new buried rectangular culvert and overflow area was built into the housing development along the other side of the site two to three years ago and the annual flooding at plots 9 & 10 stopped, so there is hope that we will get away without actually getting flooded 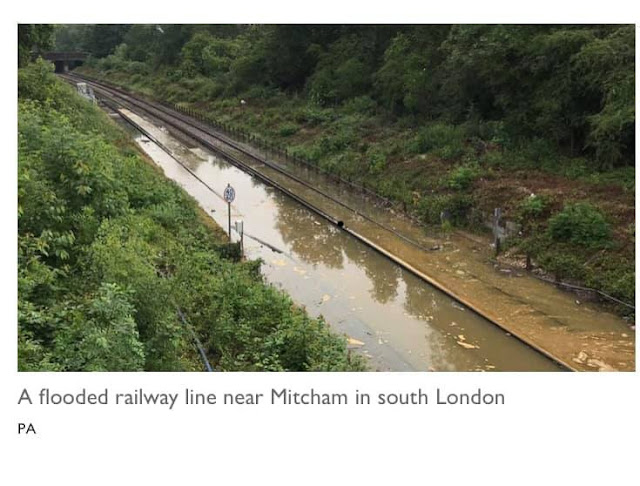 Following day the railway line from via Mitcham, Hackbridge and Carshalton was closed due to flooding. I was tempted to go and see what if anything has happened to the allotment but with further rain forecast I thought I would wait until the weekend to go and see, there is nothing I can do if it is flooded. 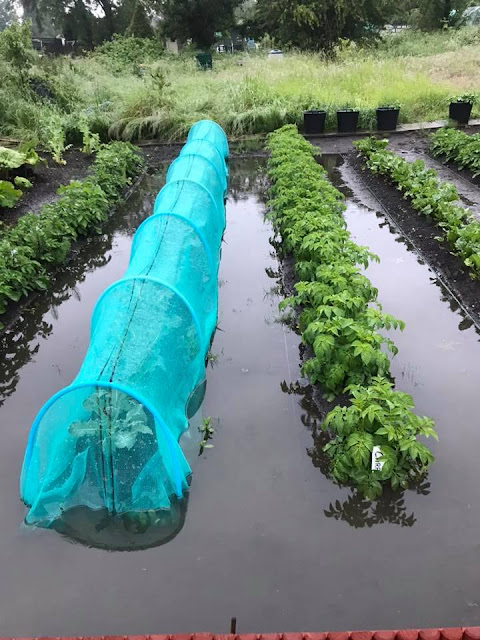 Photos of other peoples plots started to get posted on the Facebook groups, and blight reports in some ways it's a good thing I'm way behind on the tomatoes this year.
Posted by cadalot at 16:27